Layoffs have accelerated significantly this year. Generally, I discuss projects, management, and programming topics on the blog. This time, however, I would like to focus on a topic that has touched or will soon touch us.

Using the website Layoffs.fyi we can see how this trend has intensified in recent months. Below is a chart that makes it very clear what we are dealing with now.

In talks with the team, the topic of layoffs related to the recession on the market also came up. This is a significant uncertainty for employees. In addition, applying for new positions can be significantly more difficult. The following graphic also appeared in our conversations (Source: Visual Capitalist). 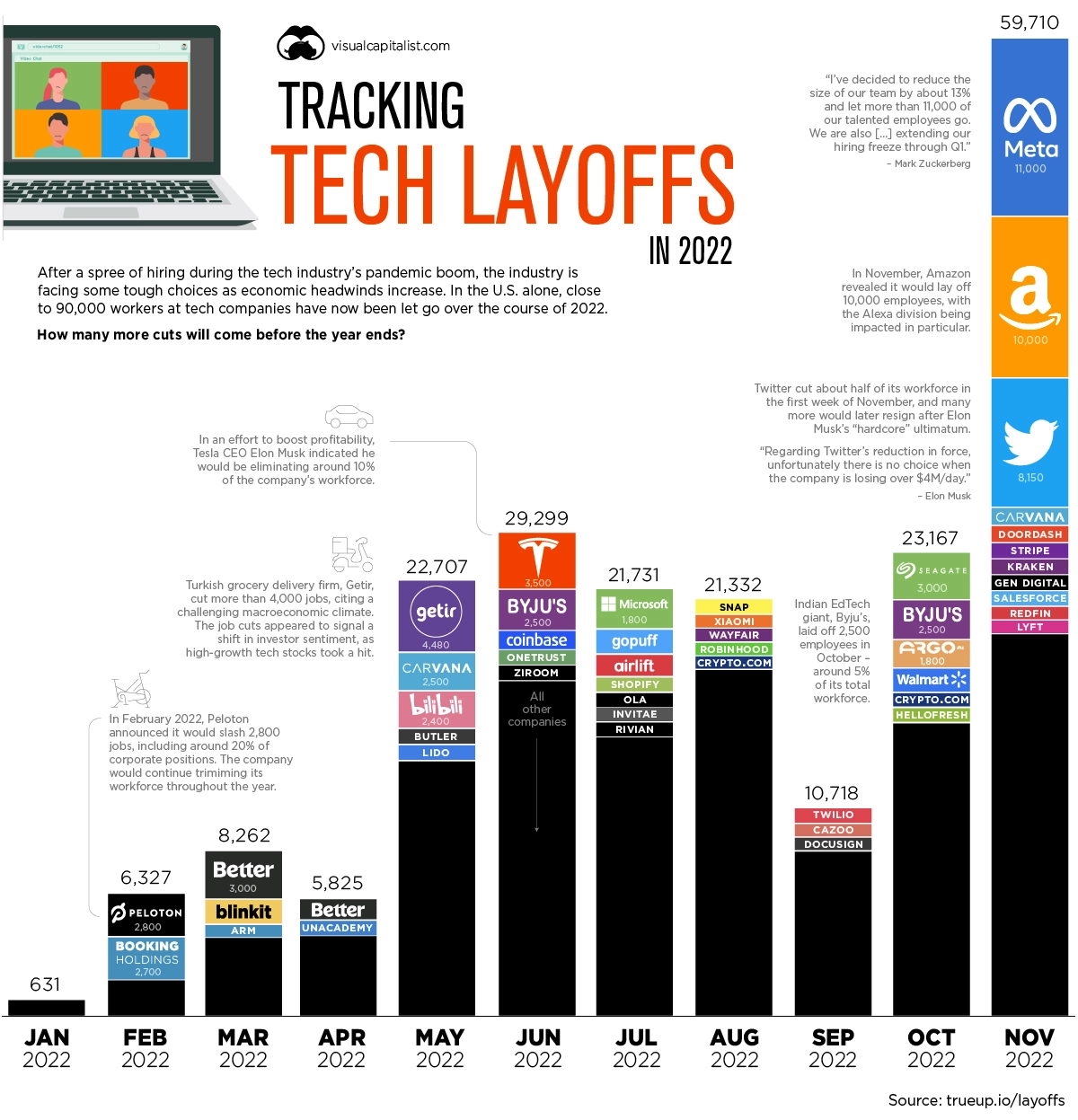 The scale of layoffs

Using the presented sources, the largest technology companies like Meta, Amazon, and Booking are reducing their teams. These layoffs affect the entire tech industry. The phenomenon itself is definitely global. The same problems can be observed both in the USA and in Europe.

Method of realization of layoffs

Because of what I present here, I may end up on someone’s blocked list.

There is no denying that employees’ salaries are one of the most important items in the company’s budget. The larger the team, the more you need to guarantee a sufficiently high income to cover all the company’s expenses.

By reducing the team, cash flow can be improved. In addition, the company may survive another month or two thanks to this.

However, I think a reduction can be made in stages throughout the year. It is a much better approach than eliminating thousands of workers all at once and reducing employment by 30 to 50 percent. Keeping track of the company’s financial situation on an ongoing basis is also an opportunity to react faster to changes. I have written many times about the importance of change and adaptation, so I refer you to this post. Instead of waiting for the quarterly summary, monthly results already allow you to build a picture of what is happening in the company and its environment.