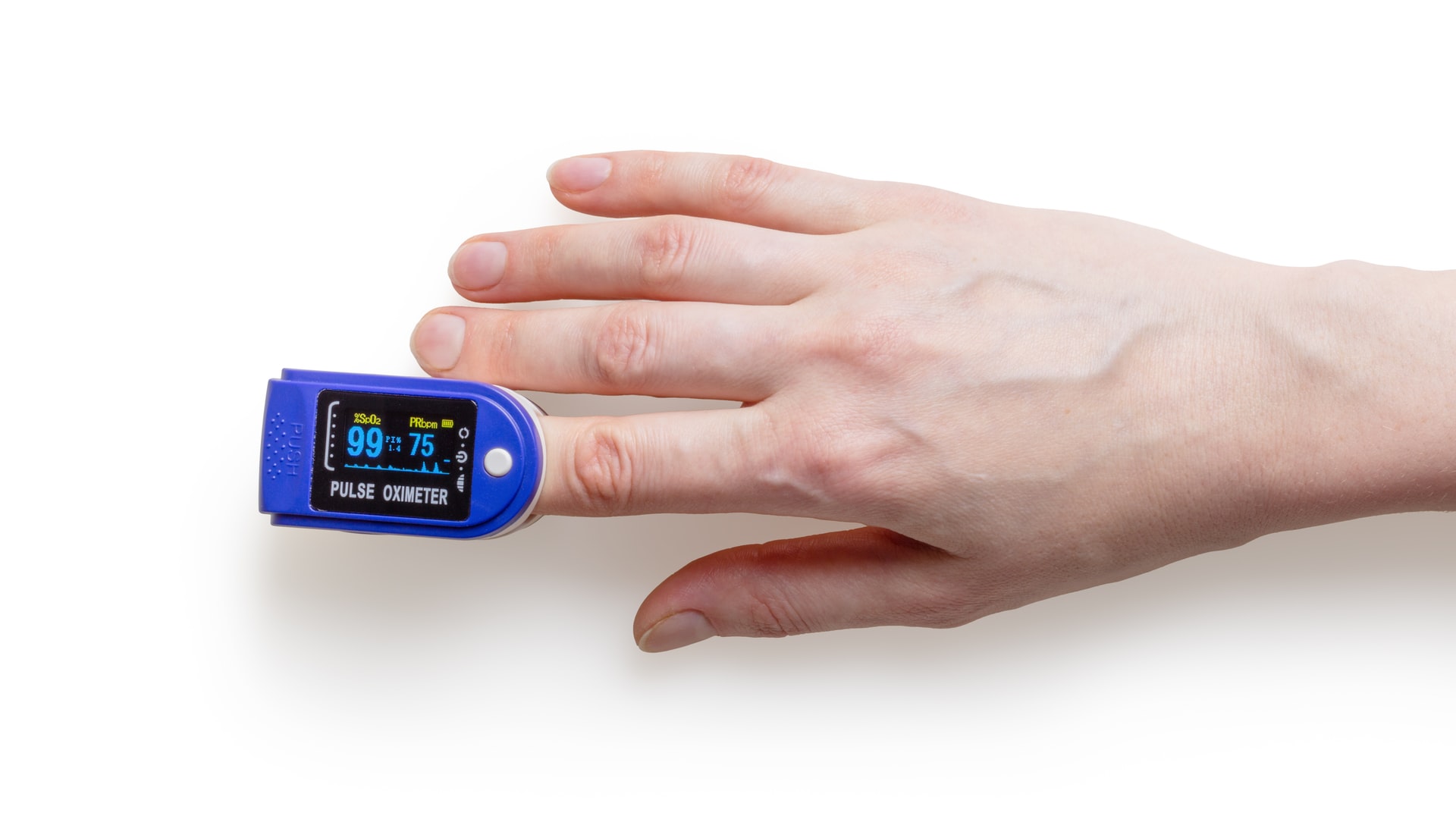 Photo by Mockup Graphics on Unsplash.

Do you know this device? I think each of us has had contact with him. It is especially possible if you have been hospitalized.

Have you ever wondered how a pulse oximeter works? It puzzled me a lot, so I decided to prepare a little explanation for you.

A pulse oximeter is a device for measuring blood saturation. Blood saturation itself refers to the amount of hemoglobin (contained in red blood cells in our blood) bound to oxygen at any given time to unbound hemoglobin. It doesn’t sound very easy, but it’s just about how much oxygen our blood contains.

The principle of operation of the pulse oximeter is based on the absorption of radiation by red cells of red light (660 nanometers) and infrared light (940 nanometers). The degree of wave absorption by hemoglobin depends on whether it is transporting oxygen or not. The result is calibrated in the device and given as a percentage. Saturation with a pulse oximeter in adults is usually measured on the fingertip or ear lobe. In newborns, oxygen saturation is measured using a pulse oximeter on the wrist or foot.

The oxygenation level of hemoglobin with oxygen at the level of 95% to 100% is considered a correct result. The measurement itself is done in a non-invasive manner. Be aware that the presence of nail varnish or artificial nails may interfere with proper pulse oximeter readings. The patient’s movement during the examination also affects the inaccurate result.

Often, hypoxia is invisible, and the patient shows no symptoms. Hypoxia is a life-threatening condition. That is why it is important to monitor vital signs (measuring saturation is one of them), especially in the hospital.